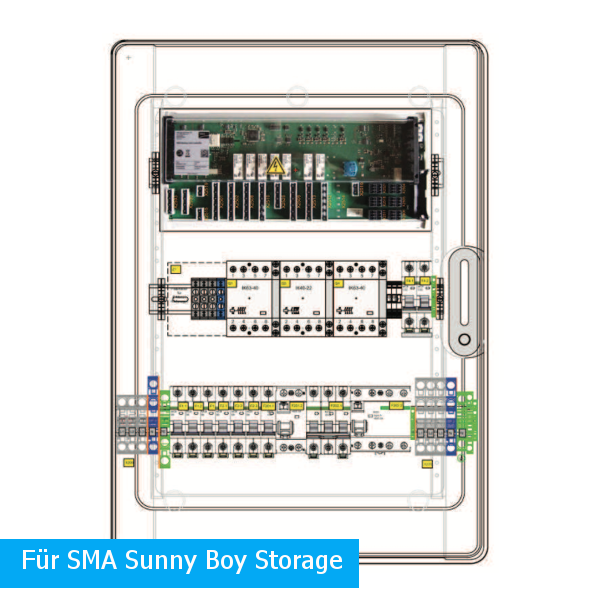 Prices are only visible for commercial customers once they register.

In the event of a power failure, a standby power system safely disconnects the connected PV system and load distribution from the public power grid and simultaneously provides the customer with a 1-phase standby power supply.

Due to the new "Battery backup distribution" system from enwitec, which is ready for connection and pre-tested, installers no longer have to build the switching device themselves, which is time-consuming and cost-intensive, and no longer have to assume their own warranty. So far, enwitec's "Switching device for standby power/battery backup distribution" (in short, "BBD") is the only product recommended in the SMA planning guide for use in the "Flexible storage system". The "BBD" for the SMA "Flexible storage system" uses only components approved by SMA, thus forming the basis for maximum reliability of supply.

The standard versions with a throughput power of 20KW allow the feeding of three SMA Sunny Boy Storage battery inverters, whereby the grid separation is always 3-phase and all-pole.

Recommendations for use in various systems:

Please refer to the official SMA compatibility list in this regard.

For larger systems, the additional inverters are then designed as 3-phase inverters!

Techtipp
The design factor of SMA must be observed! If a large PV system is planned, additional 3-phase... more
Zurück

The design factor of SMA must be observed! If a large PV system is planned, additional 3-phase inverters must be used. These will not start in standby power operation and will not exceed the design factor. 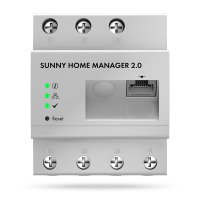 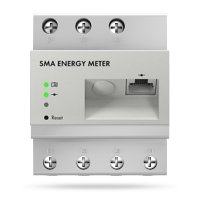